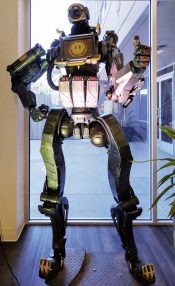 I’ve recently returned to soggy London from ever-sunny (but windy) Los Angeles where I ran an intensive facial anatomy course for the artists at Respawn Entertainment (an EA studio). For those who don’t know their work, their freshman release was an epic mech game called Titanfall, followed by its sequel. Then in 2019 they release two huge titles – the run-away hit Apex Legends, a Fortnight styled battle royale game, and Star Wars Jedi: Fallen Order, an, umm, Star Wars game.

As always, it’s a pleasure teaching such a talented group of artists. Jordan Lamarre-Wan, a lead concept artist at the studio (and all around nice guy), shared this drawing with me that he did during the lectures (instead of paying attention!?). Apparently this is what I look like in profile – not a view people typically see of themselves, so always a bit disconcerting. But is it beautifully drawn (and there is no problem with the facial anatomy, save my abbreviated earlobes). Thanks Jordan. 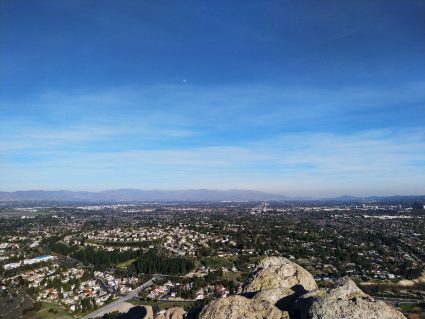 View from Castle Peak in El Escorpion Park, this became my daily hike after finishing at Respawn.